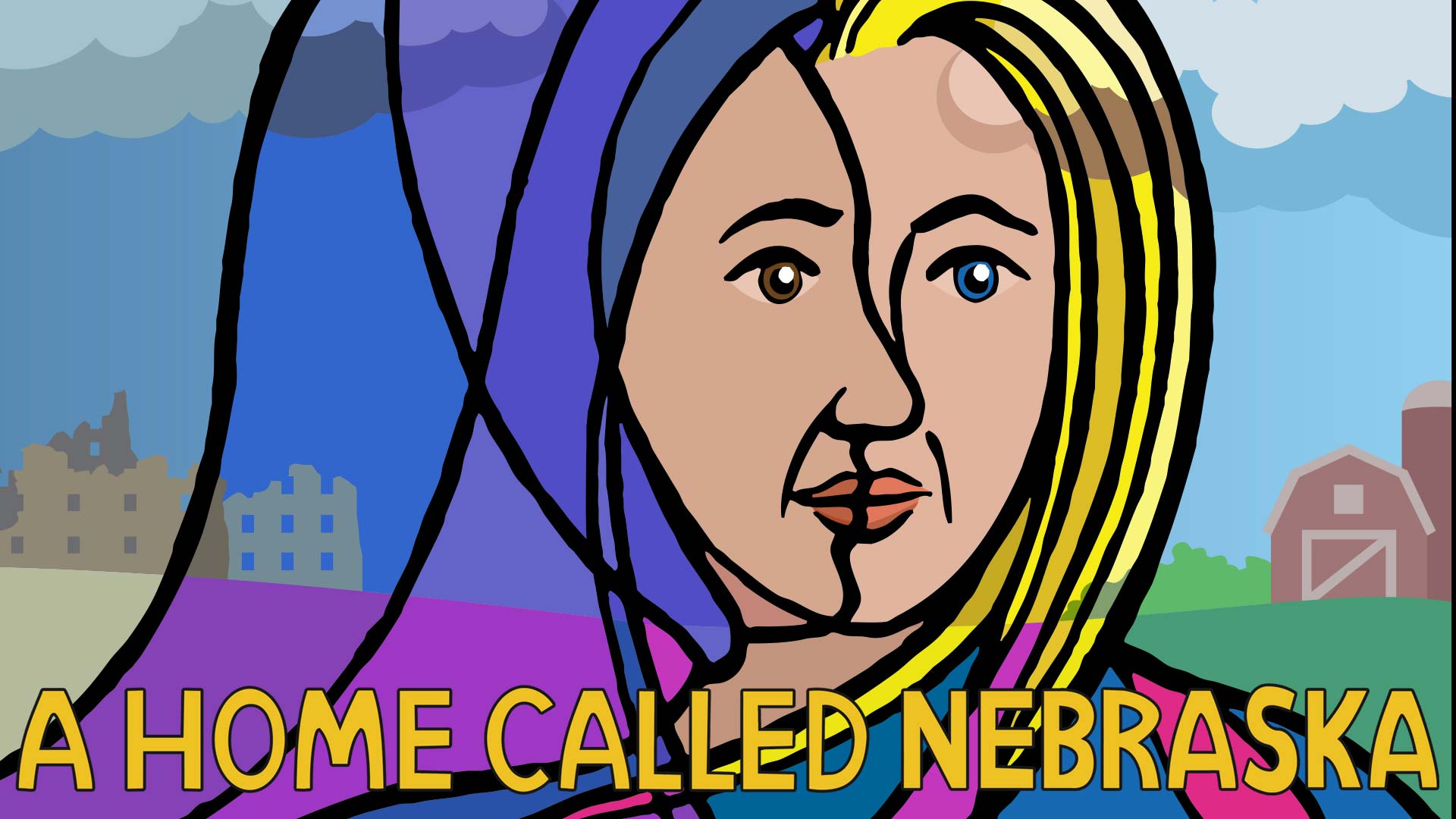 In A HOME CALLED NEBRASKA, people in Nebraska wholeheartedly welcome refugees and show that the newcomers enrich their communities, their economies, and their lives.

In 2020, with America's Refugee Resettlement Program hanging by a thread, A HOME CALLED NEBRASKA is the story of midwestern welcome, acceptance, and unlikely friendships during a time of national anxiety and emboldened bigotry. In 2016, the conservative state of Nebraska resettled more refugees per capita than any other state.

A HOME CALLED NEBRASKA spotlights people who escaped war, torture and persecution. It also introduces the generous Nebraskans who welcomed them, taught them, celebrated with them, and helped them find jobs and houses. Today these refugees are succeeding, and are giving back to the communities that supported them.

This heartwarming documentary by Beth and George Gage (American Outrage, Bidder 70) offers hope and an antidote to racist nationalism: communities of people in Nebraska who work to dispel fear, build bridges and change their own perceptions along the way. Here is a compelling portrait of ordinary people standing up for what is right, inspiring us to do the same.

"Poignant, joyful, devastating, and searing...An ultimately hopeful film that pushes beyond sensationalistic headlines and polarizing politics to make the case that refugee resettlement is important for all of us in contemporary America. The filmmakers do not shy away from the many challenges that face newcomers, but they emphasize the creative and positive ways that refugees rebuild their lives and in doing so benefit the new communities they join. A HOME CALLED NEBRASKA is a tremendous vision of what America can be at its best, driven by the dreams and aspirations of its newest members."
Pablo S. Bose, Associate Professor of Geography, Director of Global and Regional Studies, University of Vermont, Author, Refugees in New Destinations and Small Cities: Resettlement in Vermont

"This documentary is an important reminder that 'welcoming the stranger' can benefit everyone, across party lines and religious affiliations. Communities like these in Nebraska play a vital role in ensuring that refugees are welcomed in the United States. At the same time, the documentary shows clearly the vital role refugees play in giving back to them. The refugees featured in the documentary, like IRAP's former client Fred, who saved American lives in Afghanistan, show us what we're missing out on if we close our doors to them."
Nisha Agarwal, Deputy Executive Director, International Refugee Assistance Project

"A touching film about the current plight of refugees in the United States. Though the focus is Nebraska, it is reminiscent of the issues in several communities throughout the country."
Matthew Good, Librarian, Educators' Institute of Human Rights

"A HOME CALLED NEBRASKA is an essential introduction to refugee resettlement in the U.S., a frequently-debated, yet commonly-misunderstood phenomenon. The film sets the record straight on refugee resettlement, challenges stereotypes, and highlights the painful impacts of the Trump administration on refugees, their families, and host communities alike. It can highlight the interconnectedness of our world, and our personal and collective responsibilities in creating spaces of safety and belonging for the over 79 million people who are currently displaced from their homes worldwide."
Dr. Nicole Pettitt, Assistant Professor of English and World Languages, Youngstown State University

"A poignant and visually stunning account of the refugee journeys. The voices in the film amplify the plight of the globally displaced, most of whom remain unseen and unheard. These are the stories of America and the storied, multicolored threads that make America what it is, and what it can still be."
Khatharya Um, Associate Professor of Ethnic Studies, University of California-Berkeley, Author, From the Land of Shadows: War, Revolution and the Making of the Cambodian Diaspora

"A HOME CALLED NEBRASKA is a sympathetic and sensitive portrayal of refugee reception in Nebraska, focusing both on the personal journeys of refugees and on the agency staff and community volunteers who seek to smooth their transitions and ease their pain. The film spotlights the kinder side of the US nation, evidenced in its positive tone of welcome and in its disappointment with lowered refugee admissions and with refugee and Muslim bans. It is an excellent resource for educators and advocates who support a return to policies favoring refugee resettlement."
Louise Cainkar, Professor of Social Welfare and Justice and Sociology, Director of Peace Studies, Marquette University

"In a time of rising xenophobia, Nebraskans have become leaders in refugee resettlement, providing a warm home for thousands of people from around the world. A HOME CALLED NEBRASKA provides an engaging and inspiring exploration of the people who made this happen, the experiences of the refugees, and the many ways the resettlement program has enriched the state. This film will be a tremendous resource for communities and classrooms at all levels."
Julie Greene, Co-Director, Center for Global Migration Studies, Professor of History, University of Maryland

"Inspiring...This film is particularly relevant right now, as the country starts to look at what divides and unites us as Americans, following the elections. In the end, and deep down, we are not that different from one another, despite religion, place of birth, or political affiliation. As we look forward to rebuilding the infrastructure to help more refugees to resettle in the US, materials such as this film will be invaluable in approaching potential host communities with a realistic picture of refugee resettlement."
Erol Kekic, Director, Immigration and Refugee Program, Church World Service